We are not the problem

The voracious industry that exploits, control and punish you as soon as you try to protect your dignity.

The copyright model created to defend you from the industry that has turned into a weapon against the citizenship and against yourself.

The outdated market, which rejects adapting to the new era.

The elite that has changed its capacity of creator for that of a merchant, and only defends and represents itself and the industry.

The wicked idea that the citizen, the user, your fan is the real enemy.

The wicked idea that sharing equals stealing and that P2P impoverishes the creator and the industry. Or the delirious one that it finishes off music.

The wicked idea that nobody will pay for your work in case it is freely distributed all over the planet.

The doctrine which bets on violating fundamental rights to satisfy the elite and industrys interests.

The right holders society that ostracizes you because of its antidemocratic operation, and that ruins your pocket and image, by hounding citizenship.

We are the solution

Those who buy your work and pay to attend your concerts and exhibitions.

Those who spread your work among our friends, with no profit in mind. You said it: for love of art.

Those who, despite your representatives insult and persecute us, keep admiring you since we value your work.

Those who share because sharing is the foundation of any culture.

Those who will never demand you a turnover to keep supporting you.

Those who will never demand you changing your style, vandalizing lyrics or dressing like a dandy to worship you.

Those who invite you join copyleft up for you to become, in the end, the true leading role and master of your work and career.

Those who demand a change in the business model to keep being customers of that mourners industry.

Those who feel embarrassment for somebody, as well as you (lets hope) when we hear members of the elite of creation shouting they are starving.

Those who, even in light of the awkward situation, aspire to keep considering you a friend.

Those who remind you that the industry and the rights holders societies never stop growing their turnover, year after year.

Those who download and copy and buy and read and sing and create and paint and write and download, and copy

Those who defend your right to creation and to try making a living from them, but also understand that this right cannot be hold above the rights to speech, information, the privacy, the effective judicial protection and other fundamental rights.

Those who do not put up with a private business acting as a public money tax collector, which manages it without transparency and now, even tries to be judge and jury.

Those who consider that the Internet is the biggest communicative revolution in History and defend that you can only understand such an Internet in freedom. A freedom that benefits every one of us, and mainly you, since creation cannot either be understood without freedom.

Those who, in short, are the only ones you can trust because we maintain your career, the industry, the rights holders societies, the judges and the governments, no matter their political color.

Those who are ready and willing to keep doing it, in the analog world as well as in the Internet, unless we all end up imprisoned, ruined by cause of fines or disconnected. (Bad business is the one whose primary target is to finish with its customers) 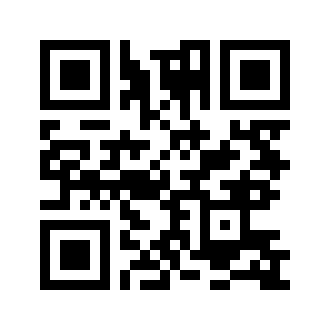